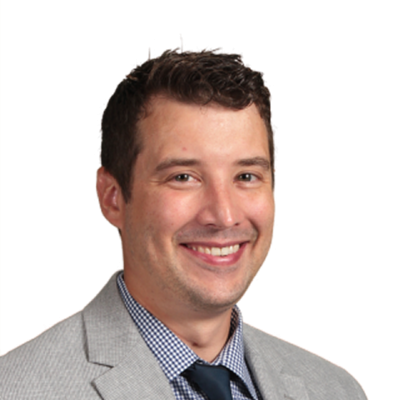 Michael Debri, Executive Director of All Saints Academy (ASA) in Grand Rapids, is thrilled to announce Mr. Joe Gietzen as principal of the school’s Upper Campus. Gietzen steps into the role after former principal, Miss Abby Giroux, moved into a leadership position at the University of Notre Dame.

“I have known Joe for more than a decade and worked alongside him during our time coaching basketball at West Catholic High School,” said Debri. “The same traits that made Joe a great coach have translated into being an even better educator and leader.  He is dedicated to seeing that each individual student fulfills their God given potential.”

Gietzen comes to ASA after spending the last seven years as a teacher and administrator at West Catholic High School. He earned his undergraduate degree in Physical Education with a minor in communications from Aquinas College.  He also holds an undergraduate degree in Business Administration with an emphasis in sports management from Aquinas College. Most recently, Gietzen completed his master’s degree in Educational Leadership at the University of Notre Dame through the Alliance for Catholic Education’s Mary Ann Remick Leadership program.

“I feel very blessed to be joining such a welcoming school community that is so alive and full of faith. After ‘forming disciples of Christ’ at West Catholic for the last 7+ years, I am very excited to be able to continue my role, only now in the formation of Saints.”

All Saints Academy (ASA) is a Catholic school, located in northeast Grand Rapids, that was created by the parish communities of Blessed Sacrament, St. Alphonsus, St. Isidore, and St. Jude. It is one school located on two campuses. The lower campus at Diamond is located on the Blessed Sacrament parish grounds and the upper campus at Four Mile is on the St. Jude grounds. For more information, visit: https://asagr.org/.