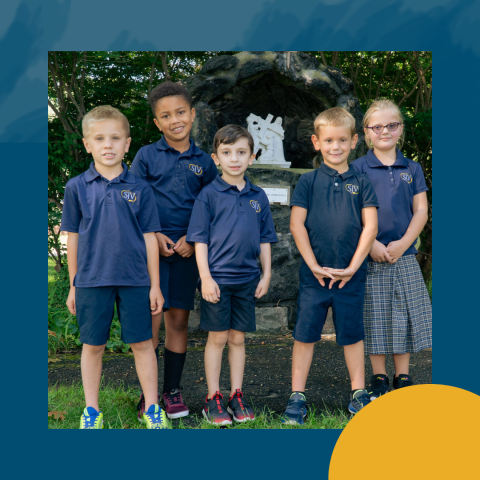 Today the US Supreme Court's Ruling in the Carson v. Makin case further erodes the discrimination against non-public religious schools imposed by Blaine Amendments in state constitutions. This decision is one more step toward greater educational choice in the United States. See the Michigan Catholic Conference (MCC) and the United States Conference of Catholic Bishops (USCCB) statements below for more information.

(Lansing, Mich.) — The U.S. Supreme Court ruled today in Carson v. Makin that the State of Maine’s refusal to provide funds for students to attend schools that provide religious instruction violates the Constitution. According to the ruling, the state must allow for students to use funds at religious schools because the state provides funds for students to attend private, non-religious schools. Michigan Catholic Conference offered the following comments in response to the Carson decision, which holds that the Maine program violates the free exercise clause. The comments may be attributed to MCC Policy Advocate Paul Stankewitz.

“Once again, the highest court in the land has said ‘no’ to the contention that the government — rather than parents — knows what type of school is best for children. A wide range of educational options should be encouraged by the state and federal government, without penalty for those families who choose a nongovernmental school for their children.

“Today’s Carson decision leaves Michigan as one of the few states remaining with severe and discriminatory constitutional restrictions against educational choice, particularly aid to nonpublic schools.

“While today’s ruling requires further examination for any potential impact on this state, it does bring us closer to the day when families in all 50 states have access to full educational choice.”

Michigan’s education policy is still very much impacted by 19th Century U.S. Representative James G. Blaine, whose anti-Catholic views were successful in preventing the use of public funds for Catholic schools in states across the country. Article 8, Sec. 2 of the Michigan Constitution — otherwise known as a “Blaine Amendment” — prohibits the state from enacting policies such as vouchers, tax credits, or scholarship programs. In recent years, numerous states across the country together with a growing number of decisions from the U.S. Supreme Court have found that state aid to religious schools is constitutional, with the effect of enhancing educational outcomes and opportunities for millions of primarily low-income children.

WASHINGTON - The Supreme Court of the United States issued its decision in the case of Carson v. Makin, which challenged a decision by the First Circuit to allow the State of Maine to exclude religious schools from a tuition assistance benefit on the basis that those schools include religion as part of their instruction. By vote of 6-3, the Court ruled in favor of the petitioners.

Cardinal Timothy M. Dolan of New York, chairman of the U.S. Conference of Catholic Bishops’ (USCCB) Committee for Religious Liberty, and Bishop Thomas A. Daly of Spokane, chairman of the USCCB’s Committee on Catholic Education, issued a statement in response to the Court’s ruling:

“The Supreme Court has rightly ruled that the Constitution protects not just the right to be religious but also to act religious. This common-sense result reflects the essence of Catholic education.  Moreover, the Court has again affirmed that states cannot exclude religious schools from generally-available public benefits based on their religious affiliation or exercise. In our pluralistic society, it is vital that all people of faith be able to participate in publicly available programs and so to contribute to the common good.

“It is fitting that this decision concerns a program in Maine, the state that James G. Blaine served as Senator in 1875 when he worked for the passage of the Blaine Amendment – a cynically anti-Catholic measure to amend the U.S. Constitution to ensure that no public aid be provided to ‘sectarian’ schools. While his effort was narrowly defeated, Blaine Amendments were ultimately adopted in some form by 37 states. These laws have nothing to do with government neutrality towards religion. Rather, they are expressions of hostility toward Catholics. We are grateful that the Supreme Court continues to rebuke this harmful legacy.”

The USCCB filed an amicus curiae brief supporting the petitioners, which may be found here.

Background on Blaine Amendments may be found here.