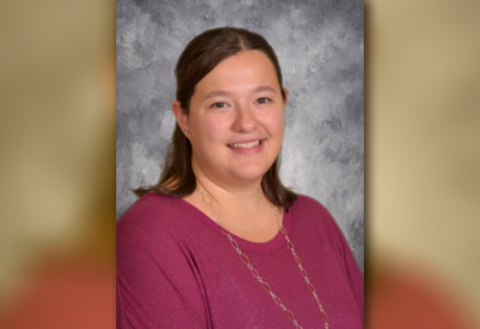 Mrs. Leik becomes principal following nine years of teaching at SS. Peter and Paul School. She earned both a bachelor’s degree in integrated science and a master’s degree in educational technology from Central Michigan University. She is pursuing a second master’s degree, in educational leadership with a school administration certificate, from Creighton University. She holds certifications in elementary and middle school sciences, reading and educational technology. She also is certified as a diocesan catechist. She attended elementary and high school at St. Patrick Catholic School in Portland.

“We’re very enthusiastic about Mrs. Leik becoming our principal,” said Father Brown. “With nearly a decade of experience here, she knows the students and parents well. She brings a lot of energy and ideas, and with her expertise in technology we look to an innovative future.”

“I am very excited to be stepping into a new role at SS. Peter and Paul,” said Mrs. Leik. “Leadership has always been a natural pathway for me, so when I was presented with this opportunity, I was very grateful. As a teacher who strongly believes in Catholic education, a top priority has always been SS. Peter and Paul Catholic School's success. As incoming principal, I can't wait to play a stronger role in that success."

Father Brown expresses his gratitude to Mrs. Julie Baty for serving nine years as SS. Peter and Paul principal. After adding teaching duties to her principal role three years ago, Mrs. Baty is assuming teaching responsibilities full-time at SS. Peter and Paul. She has served in Catholic school administration for 22 years.